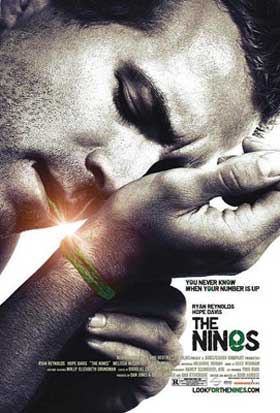 Your number's up.
"On a scale of one to ten, you know you belong with the nines. We both know you won't settle for less."
— Sarah
Advertisement:

The Nines is a 2007 metaphysical mystery film starring Ryan Reynolds, Melissa McCarthy, and Hope Davis. It was written and directed by John August.

The film is divided into three main sections with actors playing a different role each time. Themes, people, plot threads and, of course, the central motif of 9 overlap throughout to finally culminate in a tale of creator, creation, choice, fate, and fantasy.

The three sections are: