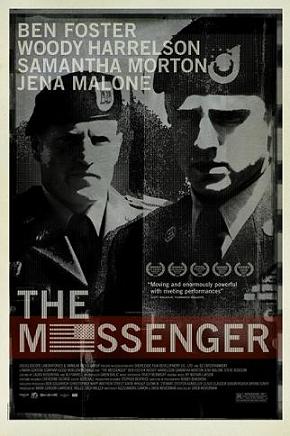 "Mama said there'd be days like these.''
— Captain Stone
Advertisement:

The Messenger is a 2009 war drama starring Ben Foster as wounded Iraq veteran Staff Sergeant Will Montgomery who joins Captain Tony Stone (Woody Harrelson) as a casualty notification team. The pair goes through a multitude of tribulations together, while Will finds himself drawn to the wife of a deceased soldier the pair visits as a part of the job. Both men are pained by their demons and experiences in the Army.

The film was nominated for a Golden Globe and two Oscars.