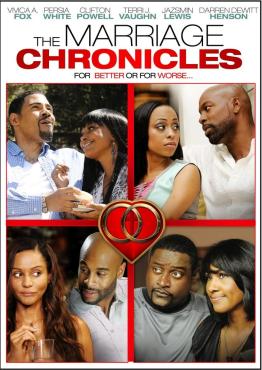 A 2012 Romantic Comedy or maybe Black Comedy produced by Outspoken Media and written and directed by Paul D. Hannah, The Marriage Chronicles follows three couples in counseling with Dr. Masters as they're invited to her private home to go on a 3 day marriage retreat to rescue their marriages. Along the way, the three couples find out more about who they are, and come to realizations about who it was that they married and why they're together.