Film / The Mark of the Angels - Miserere 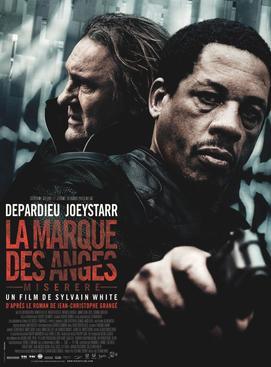 The Mark of the Angels – Miserere (original title: La marque des anges – Miserere) is a 2013 French thriller film directed by Sylvain White and based on Jean-Christophe Grangé's 2008 novel Miserere.
Advertisement:

The Interpol agent Frank Salek (JoeyStarr) is investigating on an international smuggling ring kidnapping children, while the retired French policeman Lionel Kasdan (Gérard Depardieu) investigates the weird murder of Wilhelm Goetz, a choir master and Chilean refugee found dead in his church. Salek founds a clue involving Goetz and teams up with Kasdan...