Film / The Man Who Killed Hitler and Then the Bigfoot 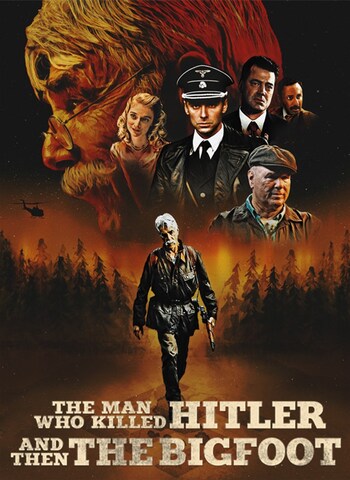 The Man Who Killed Hitler and Then the Bigfoot is a 2018 Adventure Drama Starring Sam Elliott, Aidan Turner, Ron Livingston, Caitlin FitzGerald and Larry Miller.

It tells the story of Calvin Barr, a veteran of World War II who killed Adolf Hitler, in 1987 he is now living in retirement in a small town until he is approached by the United States government to hunt down the Bigfoot, a creature in the Canadian wilderness carrying a deadly virus that could decimate humankind unless it is killed.