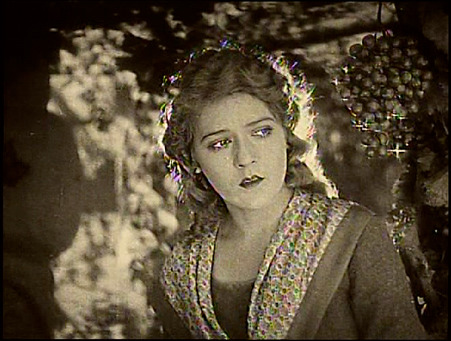 The Love Light is a 1921 film written and directed by Frances Marion, starring Mary Pickford.

Angela Carlotti (Pickford) lives in a small Italian coastal village with her younger brothers Mario and Antonio. They keep some farm animals but the family's main job is maintaining the lighthouse that helps passing ships avoid the rocks. Local villagers Tony and Giovanni both are attracted to Angela, but budding romances and domestic happiness are brutally cut short by Italian intervention in the Great War. Giovanni and both of Angela's brothers go off to fight in the war, while she tends the lighthouse alone.

One day Angela rescues Joseph, an American sailor who has washed up on the rocks. Joseph tells Angela that he's a deserter and asks her to hide him. They fall in love and are secretly married—but Joseph has a secret.

The Love Light was one of only two films directed by Frances Marion, who had a hugely successful career as a screenwriter. Marion directed this film at the insistence of her good friend Mary Pickford. The Love Light was something of a departure for Pickford, being a drama instead of Pickford's usual romantic comedy fare, and being a film where she played a character close to her own age rather than her more usual child character or ingenue.

Shot on location around Monterey, CA, and featuring the real Point Pinos Lighthouse.