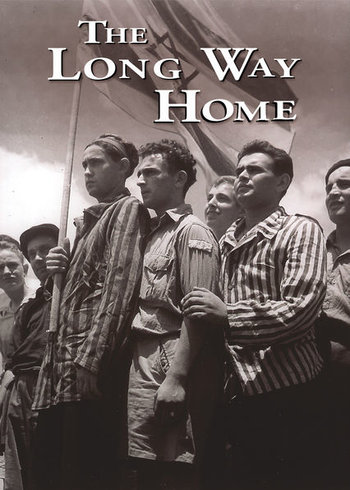 It is a film about the aftermath of The Holocaust. The end of World War II in 1945 finds hundreds of thousands of Jews still in Nazi concentration camps. It soon becomes clear that the nations of Eastern Europe, home to bone-deep anti-Semitism that long predated the Nazis, will not welcome them home. The Kielce pogrom

of 1946 convinces what is left of Polish Jewry (no more than 5% of the pre-war population of three million) that their old home is no place for them.

This leaves essentially two places for the Jews of Europe to go. One is the United States, and many do go there. The other is Palestine, the ancient home of Israel. But Palestine is a British Mandate and the British are strongly opposed to letting a huge wave of Jews come into the country. The dilemma over what to do about a Jewish homeland continues until the state of Israel is founded in 1948.