Film / The Last of the Mohicans
aka: Last Of The Mohicans 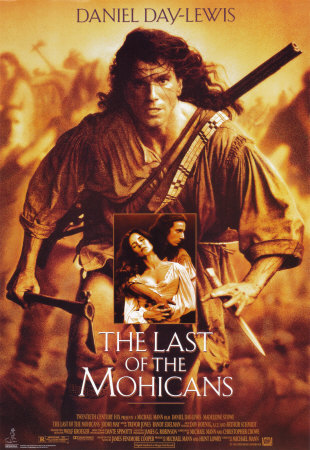 A story about the American Frontier, The Last of the Mohicans takes place in the British colony of New York in 1757, against the backdrop of the French and Indian War, the 9-year American version of the Seven Years' War which heavily involved Native Americans on both sides. The story mainly concerns the adventures of Hawkeye, a white man accompanied by the last two surviving members of the Mohican tribe, Chingachgook and his son Uncas, as the three trackers try to protect the two daughters of a Scottish colonel.

For more on the novel The Last of the Mohicans and other books in The Series, see The Leatherstocking Tales.

The 1992 film contains examples of:

Alternative Title(s): Last Of The Mohicans