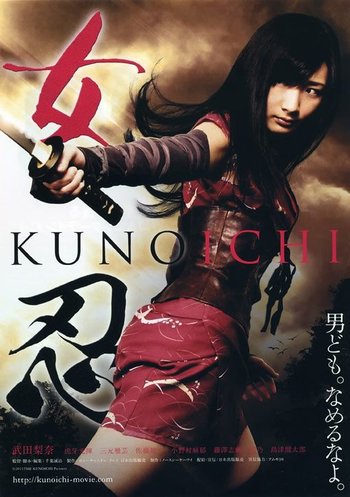 In 16th century feudal Japan the war between the Iga clan and the Kouga clan continues unabated. Typically for such violent disputes it is the women who suffer the most – in this case lowly castrated Iga clan ninjas are kidnapping woman from their rivals’ lands and transporting them back to their own, with the intent to use them as concubines. Unfortunately for a trio of inept Iga ninjas, one of the women they’ve kidnapped is Kisaragi (Rina Takeda), a skilled ninja with a long standing vendetta since her mother was kidnapped when she was just a baby.

Tropes in The Kunoichi: Ninja Girl include: