Film / The Killing of Satan 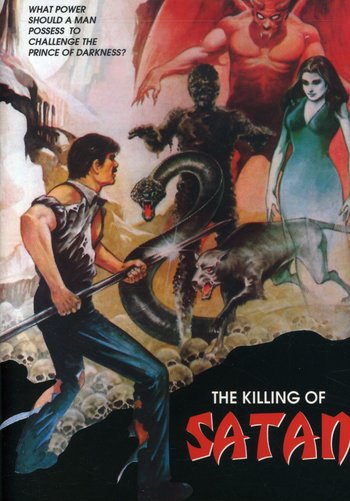 The Killing of Satan (Lumaban ka, Satanas [Fight, Satan] in Tagalog-Filipino) is a 1983 horror film from the Philippines, starring Ramon Revilla. "Horror film" is a misnomer. It has a middle-aged "everyman" hero named Lando San Miguel, who is charged with assassinating Satan as well as his lieutenant the Prince of Magic. If you want a taste of what the apocalypse would look like in the tropics (and how quick and campy it would be, flamboyant sorcerers, topless typhoon sequences, Satan in a red tuxedo and all), this movie is it.

Watch it here in its dubbed glory