Film / The Judge and the Assassin 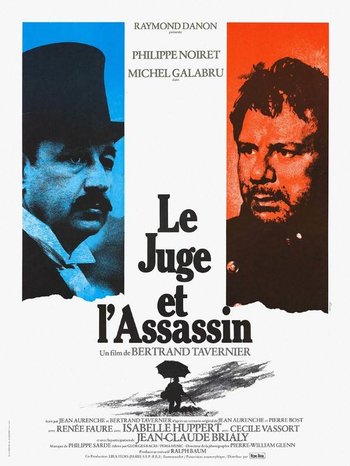 In 1893, Sergeant Joseph Bouvier (Galabru) comes back to his hometown, after being declared unfit for service. He harasses Louise, whom he would like to marry, but she rejects his proposals. Finally, he tries to kill her and then to shoot himself, but he survives. He stays in several insane asylums, but is finally released. Then he starts raping and killing young shepherds and shepherdesses. Rousseau (Noiret), a judge, takes an avid interest in this case and tries to identify the assassin.

The Judge and the Assassin provides examples of: