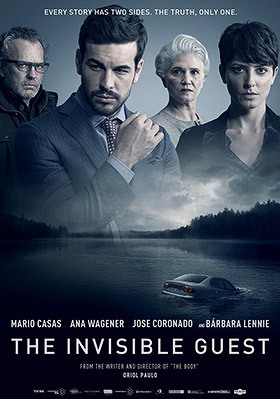 The Invisible Guest (Spanish: Contratiempo) is a 2016 Spanish-language suspense film and the second feature film by director Oriol Paulo, following The Body (2012).

Adrian Doria, a successful businessman, has been charged with murder. To defend his innocence, he has hired Virginia Goodman, the country's best witness trainer, and over one night they work together to clarify what happened in a frenetic race against time.