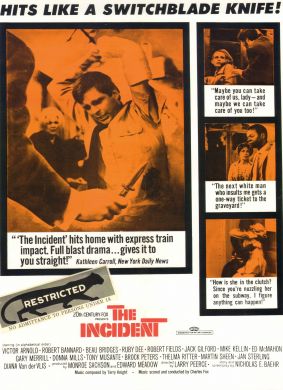 It's a New York City Subway rider's nightmare: being stuck in a subway car with two punks who will do anything they can to insult, antagonize, and terrorize you, just because they can, made even worse by the fact that no other passenger will do anything to help.