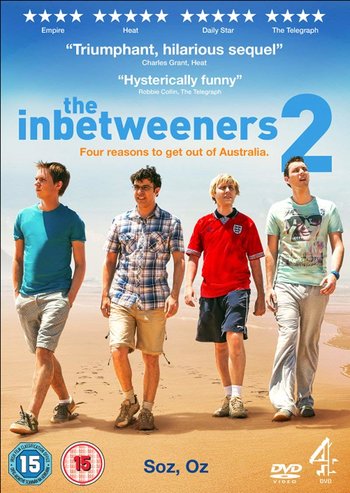 "As you know, I am on a mental gap year in Australia! Or outback, as they say over here. So I thought I'd email you, not because I miss you lot but because this place is a million out of ten and you'll be well jel. Life has never been better. It's much better than when I was going out with Jane, who I now no longer think about."
— Jay
Advertisement:

Jay invites Will, Simon and Neil to visit him during his gap year in Australia, the "sex capital of the world". Hilarity Ensues.

The Inbetweeners 2 contains examples of: