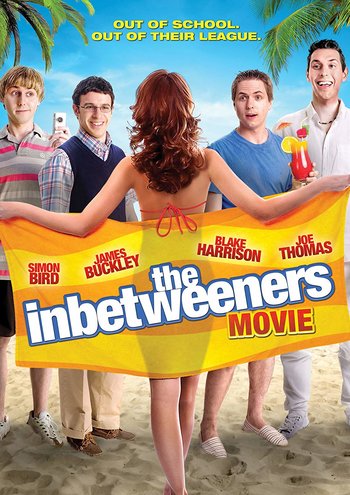 Jay, Will, an unknown woman, Simon and Neil, in a scene that didn't happen.