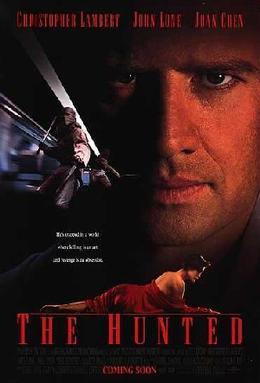 The Hunted is a 1995 martial-arts thriller film written and directed by J.F. Lawton in his mainsteam directorial debut. It stars Christopher Lambert as Paul Racine, an American businessman travelling in Nagoya, Japan who accidentally stumbles upon a Ninja Cult, and becomes part of their hit list following him witnessing their leader Kinjo's face during the assassination of a woman that Racine met the previous night (played by Joan Chen).

Not to be confused with the 2003 film of the same name.