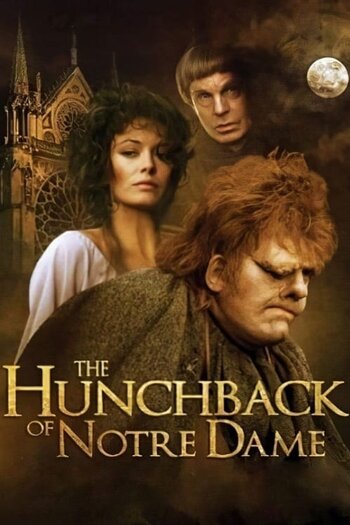 In 1982, the eighth film adaptation of Victor Hugo's famous novel The Hunchback of Notre Dame was produced as a part of the long-running Hallmark Hall of Fame series. It featured a number of legendary actors such as Anthony Hopkins as Quasimodo, Derek Jacobi as Claude Frollo, John Gielgud as Jacques Charmolue and David Suchet as Clopin Trouillefou.