Film / The House Is Black 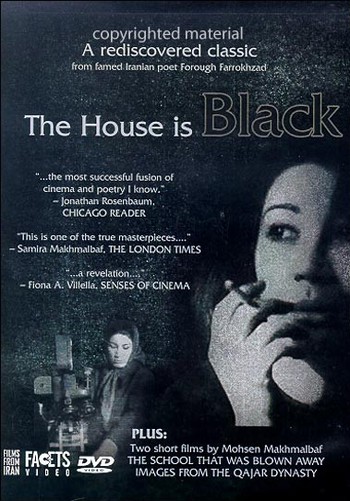 "There is no shortage of ugliness in the world. If man closed his eyes to it, there would be even more."
Advertisement:

The House Is Black is a 1963 Iranian documentary short film (22 minutes) by Forough Farrokhzad.

It is a portrait of life in the Bababaghi Hospice leper colony in Iran. Farrokhzad's cameras show people with a range of horrible disfigurements due to leprosy: faces like masks, missing noses, hands and feet that have been rotted away by the disease. Yet it also shows the people of Bababaghi going about everyday activities, like going to school, playing games, even going to a wedding, living lives of dignity.

Farrokhazad was a woman poet whose feminist writing was controversial in her lifetime and was latter banned after the 1979 Islamic revolution in Iran. The House Is Black was the only movie she directed before her untimely death in a car wreck in 1967 at the age of 32.