Film / The History of Future Folk 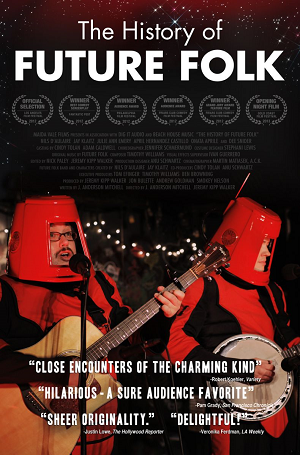 The History of Future Folk is a science fiction musical concerning the adventures of General Bill Trius (Nils d’Aulaire) and the Mighty Kevin (Jay Klaitz), two bucket-headed space aliens from the planet Hondo, who hide out on Earth disguised as folk musicians whose gimmick is that they're space aliens.

The film is based on the starring duo's comedy musical act Future Folk and essentially dramatizes their backstory.