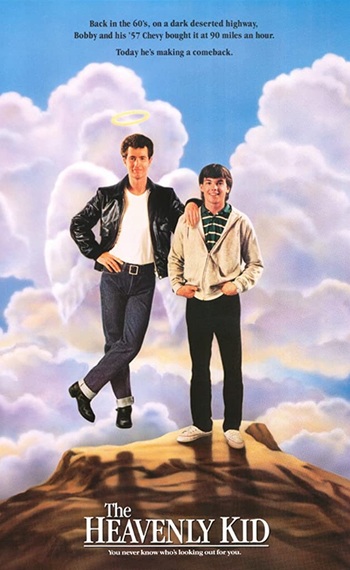 The Heavenly Kid is a 1985 American romantic comedy fantasy directed by Cary Medoway.

A greaser (Lewis Smith), who died in the 1960s, becomes a guardian angel for a lonely teen (Jason Gedrick) in order for the greaser to gain access to the afterlife.