Film / The Haunting of Molly Hartley 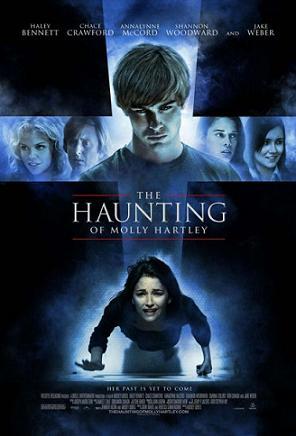 After her mother tries to kill her, 17-year-old Molly Hartley moves down to Georgia from Boston to start a new life from herself. Unfortunately, when she was young, her parents made a Deal with the Devil to save her life, on the condition that, on Molly's 18th birthday, the Devil will claim her in return. And Molly's 18th birthday is coming right up...

Released in 2008, this teen thriller combined '80s-style "Satanic Panic" fears with a Teen Drama coating. It was largely skewered by critics for its formulaic and clumsy plot, bad acting, and reliance on cheap scares, and barely made a dent at the box office. Despite this, there's going to be a sequel called The Exorcism of Molly Hartley.