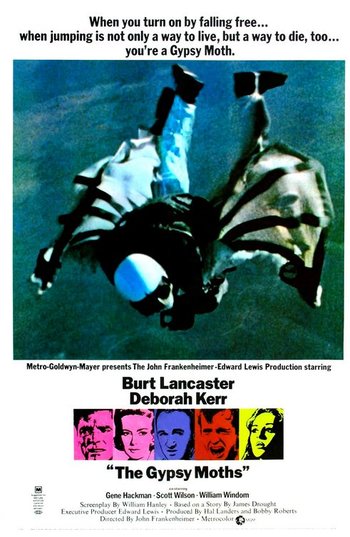 The titular Gypsy Moths are a trio of skydivers who barnstorm from town to town performing stunts while jumping out of a plane. Their latest trip brings them to a small Kansas town over a Fourth of July weekend, where the youngest diver has relatives whom he hasn't seen in years.

Despite the film's lack of success at the box office, Frankenheimer would later call it his favorite of the pictures he directed.