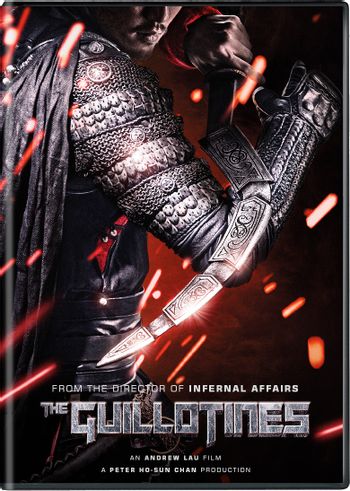 The Guillotines is a kung fu film released in 2012, loosely based on Flying Guillotine. This time there's a whole squad of flying guillotine masters, secretly working for the Qing Empire by killing off dissidents the best way they can. When Tian Lang, The Messiah of La Résistance flees their custody while capturing one of their own, it's up to the Guillotines Squad, led by Nala Leng and followed by Obstructive Bureaucrat Haidu, to track him down to a dirty little village in the barren wasteland, where the truth is waiting for them.