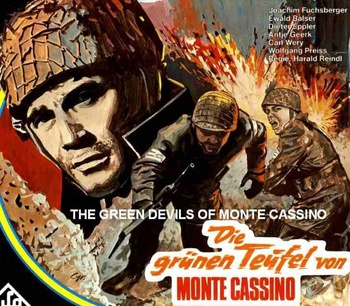 It follows German parachutists of the 1st Fallschirmjäger division as they are sent to the centuries old abbey on the rocky hill of Monte Cassino in Italy in early 1944. By that time, Monte Cassino is the main stronghold of the defense line against the Allies' advance on the way to Rome.