Film / The Gold of Naples 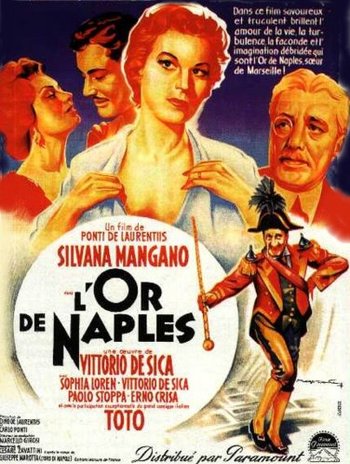 The Gold of Naples (L'oro di Napoli) is a 1954 film from Italy directed by Vittorio De Sica.

It is an Anthology Film consisting of six vignettes depicting life in the city of Naples, where Vittorio de Sica grew up. The stories are: