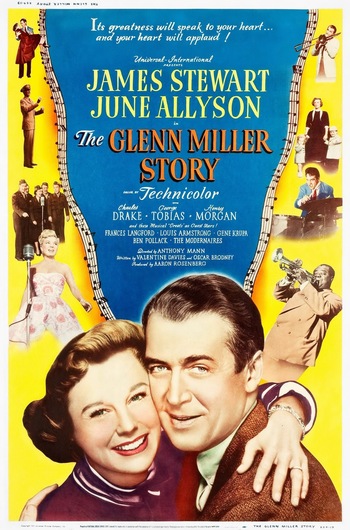 A 1954 biopic of Glenn Miller, the American trombonist and bandleader of the 1930s and '40s, directed by Anthony Mann and starring James Stewart as Miller and June Allyson as his wife Helen. Lots of good music throughout and a handful of cameos, including Louis Armstrong.