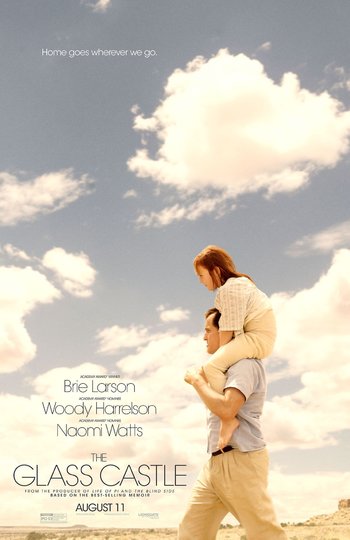 The Glass Castle is a 2017 film based on Jeannette Walls' memoir of the same name and distributed by Lionsgate. The film is directed by Destin Daniel Cretton and stars Brie Larson as Jeannette and Naomi Watts and Woody Harrelson as her parents Rose Mary and Rex Walls, respectively, the film follows Jeannette and her siblings' trek through childhood as their parents move around and struggle to provide for their family. Along the way, they learn to take care of themselves and discover how the world works by being thrust headfirst into it.