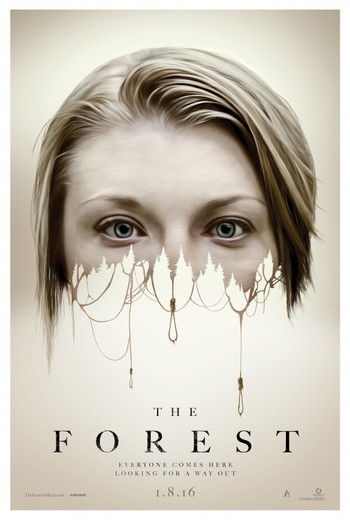 Based on the tragic history of the Aokigahara forest

at the base of Mount Fuji in Japan, Jason Zada's 2016 horror film The Forest stars Natalie Dormer as identical twins Sara and Jess Price, the former of whom goes searching for the latter when she is notified by authorities that her sister has gone missing and is believed to have entered the "suicide forest." Music by Bear McCreary.