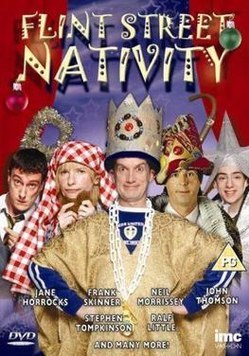 The Flint Street Nativity is a British TV film directed by Marcus Mortimer which was shown on ITV on 22 December 1999. It was eventually made into a stage play in 2006.

The students of Flint Street Primary School are preparing to put on a Nativity play. Of course, with this being a comedy film and all, Hilarity Ensues.