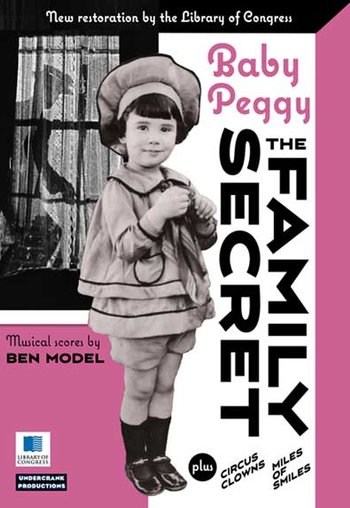 DVD cover for the Remaster
Among the few feature-length Baby Peggy films to have survived to the present day, and based on Editha's Burglar by Frances Hodgson Burnett of A Little Princess fame, this Melodrama has Peggy play the role of a young girl named Peggy Holmes, who unwillingly gets caught up in a relationship between her father Garry Holmes, an honest man of modest means, and Margaret Selfridge, a woman from an affluent yet strict family.