Film / The Eyes of My Mother 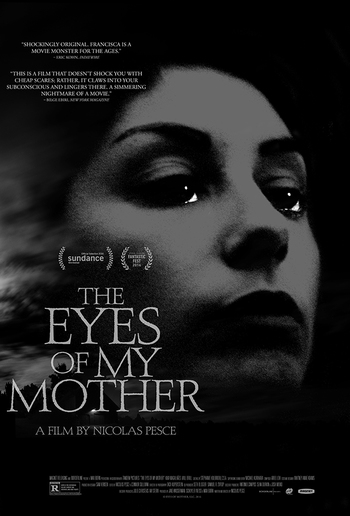 The Eyes of My Mother is a 2016 Psychological Horror film directed by Nicholas Pesce. It tells the story of Francisca, a Portuguese-American girl who lives in an isolated farmhouse with her mother, a surgeon and devout Catholic, and her father, an emotionally distant rancher. One day, the family is assaulted by a home invader, leaving the mother dead and Francisca traumatized. As the years pass following this incident, Francisca's trauma deepens and she develops a morbid obsession with violence. When her father passes away, her loneliness drives her to seek a new family...