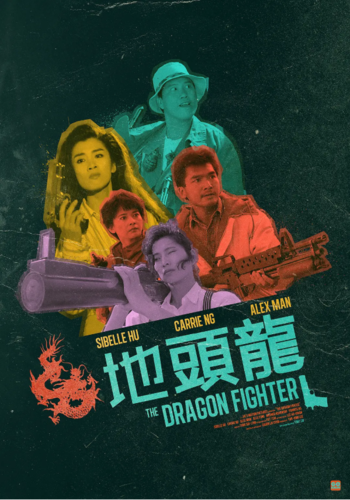 They are going to take turns shooting you.
Advertisement:

The Dragon Fighter is a 1990 Girls with Guns action movie starring Sibelle Hu, Michiko Nishiwaki, Alex Fong and Alex Man note  who co-stars together in more than a dozen Hong Kong films besides this one. In case anyone's asking, yes, Alex is to 90s Hong Kong gangster cinema much like Chris is to the MCU .

Supercop Officer Ho (Sibelle Hu, in one of the many, many Cowboy Cop roles she portrayed throughout her career) is investigating the actions of triad boss Lung Sei (Eddy Ko). But when an attempt on Lung Sei's life from an unrelated third party occurs, Officer Ho ends up getting dragged into a triad war, which can only end with guns-ablazing all the way.