Film / The Dark and the Wicked 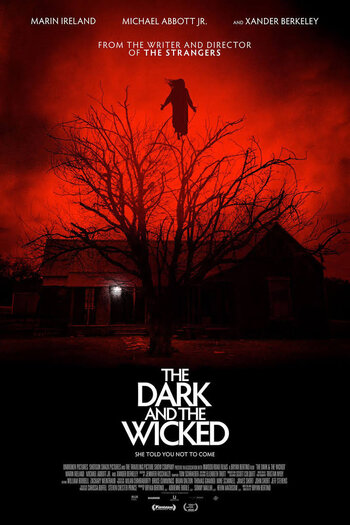 I told ya'll not to come.
"We can't change this! We don't matter!"
— Michael Straker
Advertisement:

On a secluded farm in Thurber Texas, a man (Zagst) is slowly dying. His two children, Louise Straker (Ireland) and Michael Straker (Abbot Jr.) gather to mourn along with their mother (Oliver-Touchstone), and the two siblings soon begin to suspect that something evil is taking over their family.

The film had its world premiere at the Fantasia International Film Festival on August 28, 2020. It was released on November 06, 2020, by RLJE Films.

The Dark and the Wicked provides examples of the following tropes: