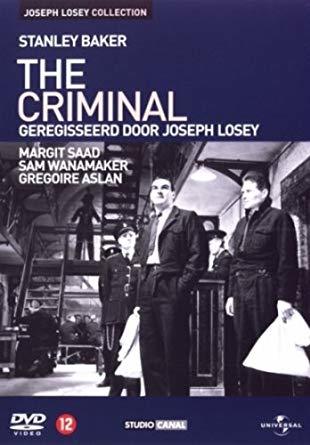 Johnny Bannion is a legendary figure in a British prison who will soon be up for parole. His warder, the sadistic Barrows, tries his best to provoke Bannion into committing an indiscretion to keep him inside, which the arrival of stoolpigeon Kelly to his block hopes will be the catalyst. Bannion merely arranges for Kelly to get his punishment by other hands and keeps his hands clean for when he gets out. Once he does, he intends to pull off a heist on a racecourse, but underworld bigwigs get to hear of it and want their cut. Bannion buries the loot but is caught soon after and sent back inside, where he refuses to disclose the location of the loot, prepared to bide his time in prison before picking up his nest egg on release. However, his enemies kidnap his girl and use her as leverage to get him to want to escape and thus lead them to the loot.

Tropes used in The Criminal include: