Film / The Court-Martial of Billy Mitchell 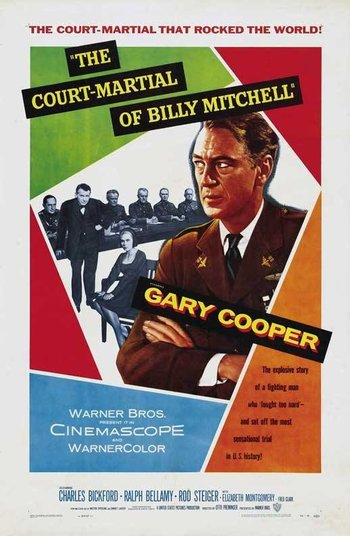 The film is a dramatization of the notorious 1925 court-martial of U.S. Army General William "Billy" Mitchell (Cooper), for publicly complaining about the High Command's dismissal and neglect of the aerial fighting forces following two disasters.