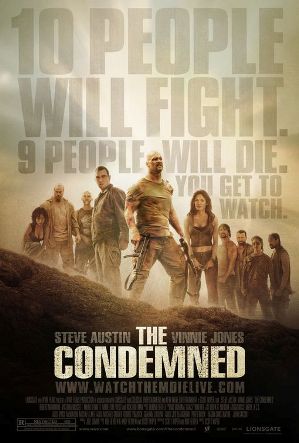 The Condemned is a 2007 film that tells the story of Jack Conrad, an American convict waiting in death row, as he, along with 9 other convicts from different countries, is brought to an island by television producer Ian Breckel, who plans to pit them in a competition where they must kill each other, so that the last one standing after 30 hours gains freedom.

The Condemned contains the following tropes: