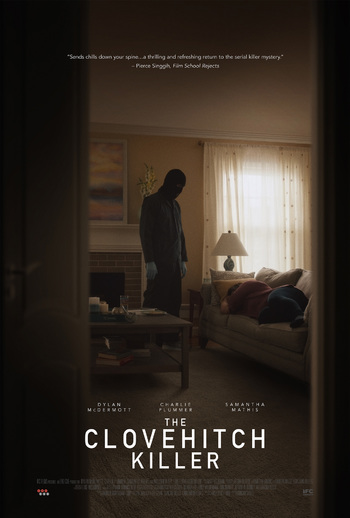 The Clovehitch Killer is a 2018 thriller and the directorial debut of Duncan Skiles. Starring Charlie Plummer and Dylan McDermott, the film takes place in a small town that was once the site of a series of bizarre murders attributed to the elusive Clovehitch Killer. The movie focuses on Tyler, the eldest son of a devout Christian family, who begins to suspect that the killer may in fact be his father.