Film / The Case of the Lethal Lifestyle 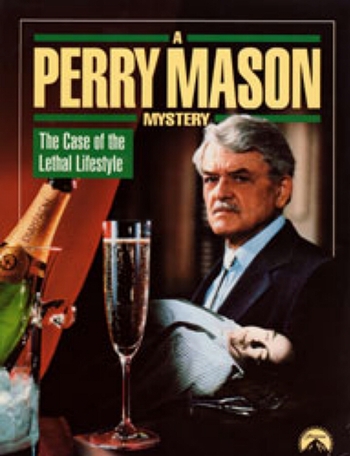 Despite being a part of the series, this is the second movie where Perry Mason himself doesn't actually make an appearance (due to the death of his then-actor, Raymond Burr, in 1993). Rather, the film focuses on "Wild Bill" McKenzie (played by Hal Holbrook), a retired friend of Mason's, asked by him to give a speech for a gathering of lawyers at a lavish hotel. Also at the hotel that night are Adrian Lye, host of a Lifestyles of the Rich and Famous-type show, and some celebrities for his next episode, including Daniel Kingman, a chess champion that has ties to McKenzie. However, Lye is poisoned that night, and the chess champion is the most likely suspect, so it is up to McKenzie and his allies to prove his innocence.