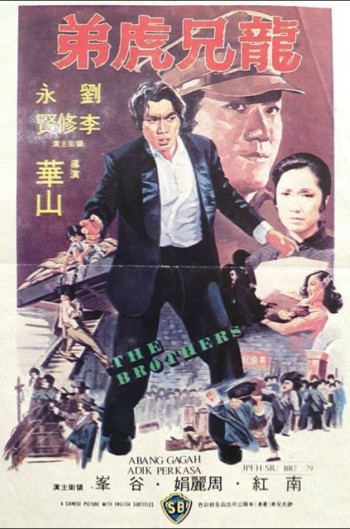 Move over Chow Yun-fat, I was here first!
Advertisement:

Lau and Lee plays the Zhang brothers, Zhang Zhi-gang and Zhang Zhi-qiang, raised in the slums by their single mother. Growing up and hoping to make it big, Zhang Zhi-qiang joins the police and was promoted to Chief of Police, while older brother Zhang Zhi-gang, after failing his business, ends up joining the local triads where he slowly rises within their ranks, becoming their chief enforcer and a powerful mob leader, unbeknownst to his family...

This movie is the Ur-Example to the Heroic Bloodshed genre that dominates Hong Kong later in the 1980s; it is the inspiration behind John Woo's classic, A Better Tomorrow, and a blueprint to numerous gangster-themed films revolving around the triads released afterwards.