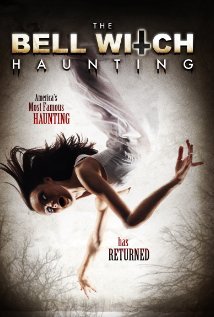 The Bell Witch Haunting is a 2013 Found Footage Horror Film by The Asylum, a Mockbuster of An American Haunting and Paranormal Activity. The Sawyer family bought a house in Robertson County. Shortly after the purchase, their daughter starts having night terrors, their son develops an obsession with filming everything, weird things happen in the house, and people start dying.