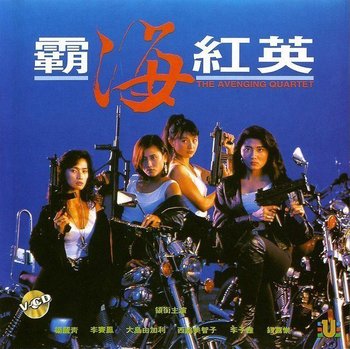 A priceless scroll which holds a list of names from Japanese officials from World War II made it into the hands of art forger Hung (Waise Lee) who is fleeing to Hong Kong to evade the Chinese authorities. His girlfriend, military sergeant Chin (Cynthia) follows him all the way from the rural Chinese countryside to track him down, but ends up lost in the big city and bunking with the lively and happy-go-lucky Feng (Moon) who grew up in the mean streets of Hong Kong's seedy underbelly. And when Chin and Feng decide to work together to track down Hung and the scroll, they inevitably draws the attention of Japanese agents who wants the scroll for their own nefarious purposes, led by Yakuza boss Sen (Michiko), who is also contending with Oshima (Oshima), an assassin who doesn't have allegiances with anyone else.