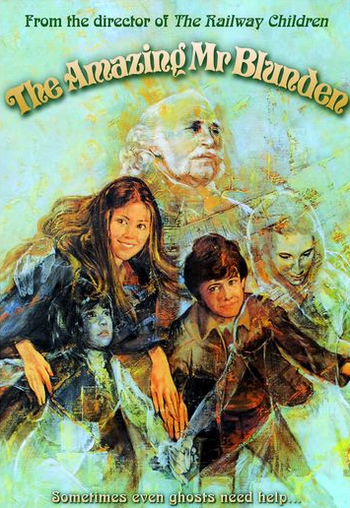 In Camden Town, 1918, Mrs. Allen and her three children, Lucy, James and baby Benjamin, are met by the mysterious Mr. Blunden, a kindly but mysterious old man who offers them a caretaker's job at a burnt-down old mansion. Upon their arrival, Lucy and James encounter two children, around their own age, who may or may not be ghosts. And just what do they have to do with the mysterious, and amazing, Mr. Blunden?