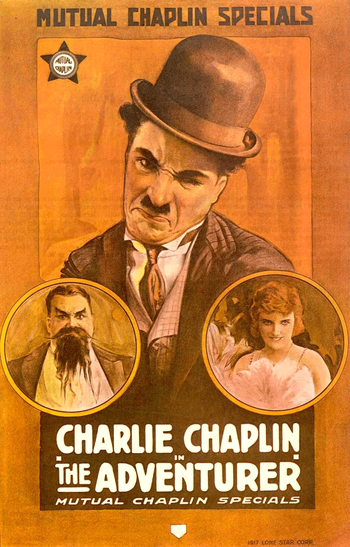 The Adventurer is a 1917 short film made by Charlie Chaplin. In this one Charlie is an escapee from prison. After giving some bumbling cops the slip on a beach, Charlie swims away, eventually coming back to shore at a pier with an amusement park—where Edna Purviance's mother has fallen into the water. Charlie dives back in and winds up saving both Edna's mom, Edna (after she falls in), and Edna's hulking but cowardly suitor, Eric Campbell, who also falls in. Charlie is invited to the lavish mansion belonging to Edna's family, but the jealous suitor has figured out who he really is.

Chaplin's last film with the Mutual Corporation. Also the last film for Eric Campbell, who was Chaplin's regular heavy and probably would have continued in that capacity if not for the car accident that killed him two months after this film was released.