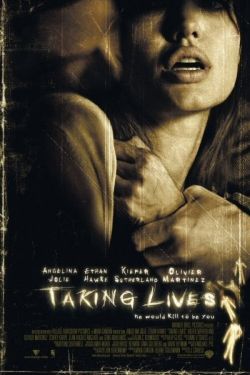 Jolie plays FBI Agent Illeana Scott, flown (for puzzling reasons not well explained—although most likely the writers' ignorance of CSIS, the Canadian equivalent of the CIA, or Mountie procedures) into Montreal to assist with the local police's investigation of a murderer. Hawke plays James Costa, a witness to the crime, whom she must protect. The case gets interesting when she deduces that the killer is actually stealing the identities of his victims, making him harder to track. Tchéky Karyo, Olivier Martinez and Jean-Hugues Anglade also star as Montreal police detectives assigned to the case.

The film is based on a novel by Michael Pye, but is adapted very loosely. For starters, Jolie's character doesn't appear in the novel.