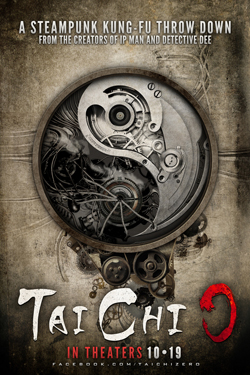 A 2012 Steampunk Martial Arts film from the writer of Detective Dee and the Phantom Flame. When a young martial arts prodigy seeks training in the secret tai chi style of Chen Village, he quickly and repeatedly finds his requests refused. This does not stop him. However, with the Qing dynasty coming to an end, and industry beating at the gates, the town finds itself in need of a hero. Well, one among many.

The movie had been filmed together with it's sequel / second half Tai Chi Hero released soon after.