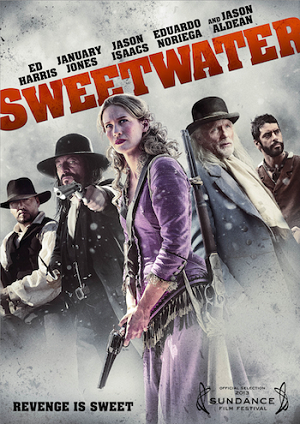 Sweetwater is a 2013 Western starring January Jones, Ed Harris and Jason Isaacs. Sarah Ramirez (Jones), a frontier widow, seeks to avenge the death of her husband at the hands of the fanatical minister Josiah (Isaacs) with the aid of eccentric sheriff Cornelius Jackson (Harris).