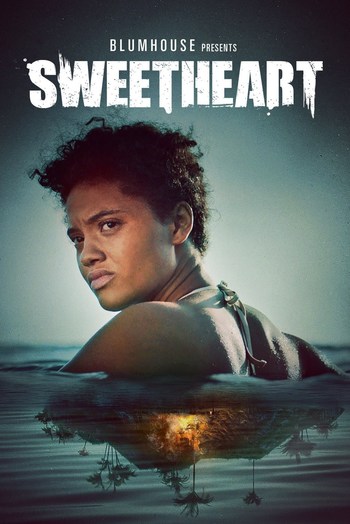 Sweetheart is a 2019 monster movie directed by Justin Dillard and starring Kiersey Clemons.

Clemons plays a woman who washes ashore on an uninhabited island after the boat she was on capsizes while on vacation. After spending some time attempting to survive on her own, she soon comes to realize that she isn't as alone as she initially thought. On the contrary, she finds herself being stalked by a dangerous creature that emerges from the water each night to feast.