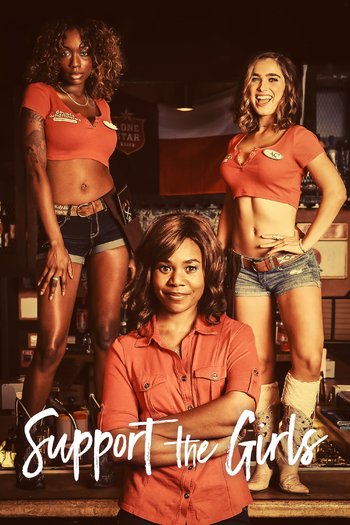 Support the Girls is a 2018 work comedy written and directed by Andrew Bujalski (Computer Chess).

Over the course of a single day, Lisa's resolve is tested through a series of hardships and inconveniences that bring her life choices into doubt — is this really what she wants? AJ Michalka, Brooklyn Decker, James LeGros, Dylan Gelula (Unbreakable Kimmy Schmidt), and Lea DeLaria ( Orange Is the New Black) also star.