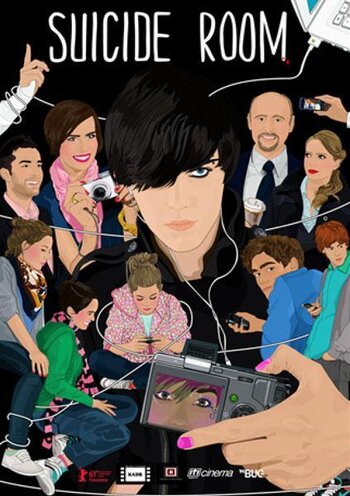 Suicide Room is a Polish film addressing the themes of social alienation and parental neglect. It was received very favourably, even outside of Poland.

Dominik is a sheltered single child of wealthy parents. He's smart, cultured, enlisted in an elite high school and fine extra-curricular activities, and his every material whim is catered to. However, all of this rests on a fragile psyche, and after a certain embarrassing incident, he shuts himself in his room and refuses to leave. Falling headlong into a downward spiral, he finds his only solace in an Internet community ruled by a "queen" by the name of Sylwia. They call themselves the Suicide Room.

This film has a loose sequel in Hater, sharing the character of Dominik's mother.