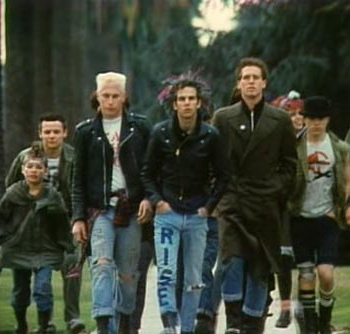 Suburbia is a 1984 film, written and directed by Penelope Spheeris about teenagers living in a punk house in Los Angeles.

Evan and his kid brother Ethan flee their alcoholic mother and join a gang of punks called T.R. (The Rejected). A familial bond forms among them, but some of the local suburbanites are set on getting rid of them, one way or another.